Enjoy a range of European and festival films from your TV 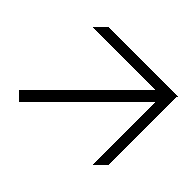 The best films from 50 European countries straight to your TV

Film Europe screens films throughout the day, showcasing cinematic treasures from across the European continent. With a library of over 1000 features, Film Europe invites you to discover award-winning films of all genres and form, including hand-picked selections from domestic and international film festivals.

Film Europe+ alternates between two programmes of content: films and documentaries from Czechoslovak cinema's golden era, 1918-1992, are screened in the afternoon to early evening, whilst premieres of the best films from the Berlin, Venice and Cannes film festivals are screened in the mornings and later evening.
24-hour broadcasting
in HD quality
no ads interrupting your experience
original versions with Czech subtitles

How to tune in

You can choose from a wide variety of TV providers who offer Film Europe and Film Europe+ channels. Both channels are available on satellite, cable, and online demand services.
ČESKO SLOVENSKO

No, they are premium television channels.
You can use the dedicated "subtitle" button on your remote control. If you can't find a button with this description, try looking for a symbol of a rectangle with four dots.
Unfortunately not, only Czech subtitles are available.
Yes, with the exception of children's films and the Czechoslovakian programme block, both of which are in Czech.
Yes, you can turn it on by pressing the EPG button on your remote control.
Both channels are broadcast in HD. Image quality may vary depending on the technology used by your TV provider.
The best option is to contact your local TV provider. Alternatively, you can reach out to us and we'll be happy to help.

On your computer, mobile phone, or tablet. For €6 / month you'll get 2 TV channels, 50 hours of TV recording, catch-up, and a library with hundreds of select european films.
I want online TV